Muu Lecheria: An ode to the rockabilly culture. By Maleva Magazine 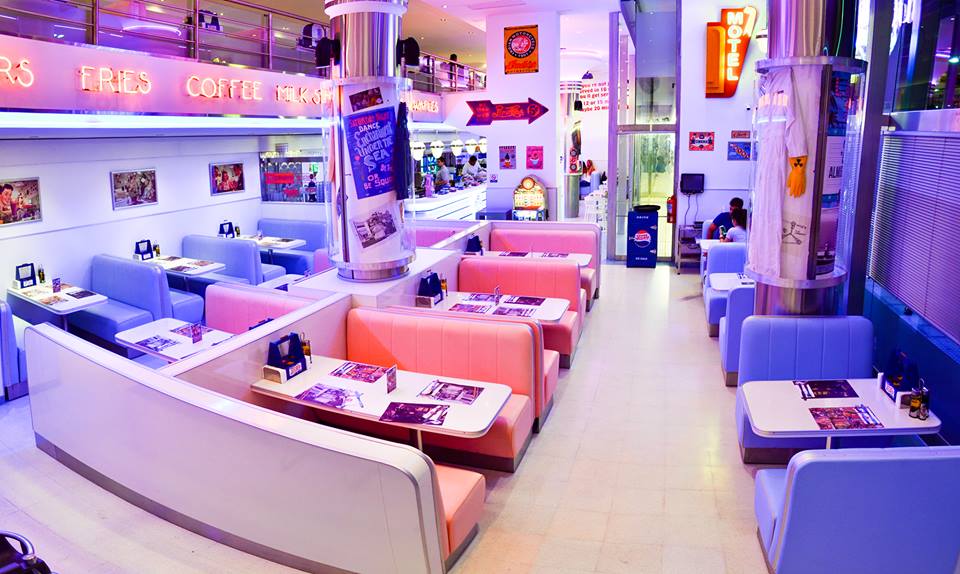 Across the avenue, less than two months ago he opened a new branch of bombastic American dinner Muu Lecheria.

Flashy where you look, Muu is an ode to the rockabilly culture, with a familiero profile and fast food.

Fans of “Back to the Future” (all columns display icons of the film: jackets Marty McFly -in the past and the future, their shoes, the Sports Almanac 1950-2000 until costume Doc) sounds Elvis Presley and Chuck Berry, show films of the ’50s.

They also have the waffle of Biff Tannen, the villain of the film, with caramel, vanilla ice cream and caramel and chocolate sauces. We liked hamburgers names: James Brown, Barry White, Clark Gable, Doris Day and Jerry Lee Lewis; and their smoothies with all the characters from the Simpsons.